Home » Acapella , chord , out of tune , progression chord , remixer » Which One To Follow, Original Note or Make Your Own?

Which One To Follow, Original Note or Make Your Own?

So we have to be persistent to detect the note by note.

How if I Want to Follow "Up To You" Chord?

Its okay, as long as the chord not out of tunes and fit to the song. This is the part when a remixer challenge to be more creative and imaginative to expand the chord/key progressions. Take a look on famous remixer or producer who covers artist songs into different arrangement and character, sometimes they not following the original songs instead they play with the rules of running chord.

They keep the song on the base note but they also develop another note on the same bar that relate to the base note itself. Take an example, 2 bars of a song with a C note as the base play continuously, in the hand of remixer they can change it to C-C-C-B on the first bar and C-C-C-D on the second bar.

The goal is to blend the original song with the new character or genre so it will generate a different taste from the same song. Usually, chord progression depends on the genre of music. 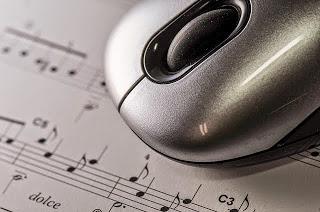 I frequently find on my song collections, several producer mix one song with different genre. The chord progression totally different but it never makes the song itself out of tunes. Because of the still hang on the very basic of song's note.

Sometimes I also used that trick to remix a new song so I can freely expand the song and bring it to another atmosphere, and I rarely listen to the original song because it will impact to my remix. Better for me to download the acapella and work on it.

How I detect the note on that acapella? Usually I open it on FL Studio and use Fruity Key (One of FL Studio VST's) to find the correct note or even I use guitars to find the exact note for the acapella. For beginners, it better to take a look on the original chord first, you can get it on the tablature or chord website to help you out in case if you cant find the chord by yourself.

But for you who really understand about chord progression and have a basic music knowledge better if you don't follow the original note of the song. From my experience, we can turn a clean acapella into Major Scale or Minor Scale without change the base of the song. The more expert you are the more complicated chord you can develop and blend it with the acapella.

So the conclusion is, follow the original chord for beginners after you mastered it you can always take a higher step and make your own chord. So why not?

3 Remix
Music and Remix Updated at: 2:06 AM
Labels: Acapella, chord, out of tune, progression chord, remixer